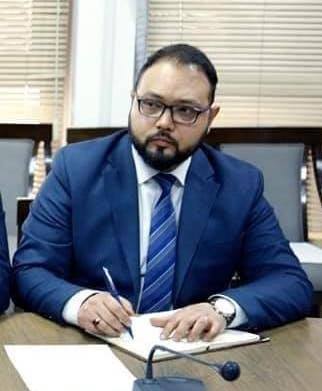 Associate Professor Engineer Javid Hussain Fazaeli was born in 1986 in Wardak province in a cultural and intellectual family.

He completed his primary and high school education in one of the best schools in Tehran, dedicated to elite and intelligent students, then returned to Kabul in 2004 to continue his education. After graduating from Kabul University with an average grade of 92%, he started working at Kabul Polytechnic University as an associate professor in the Faculty of Computer Science in 2008. Then he was awarded an ICCR scholarship through which he entered one of the best universities (top 20) in India (NITK) studying MCA, he was then graduated in 2011. It is noteworthy that he specializes in software engineering and economics.

In 2011, he started working as Database Developer in a World Bank project (SHEP) at the Ministry of Higher Education, and later on, with his interest in teaching & with the aim of cultivating talented youth, he started teaching in one of the private Universities of Kabul in the Faculty of Computer Science, which at the same time he was in charge of the software engineering department of this faculty. He has also served as the Dean of Computer Science Faculty for three years.

Then, at the end of 2020, he started working as Digital Services Program Manager in the Ministry of Communications & Information Technology (MCIT), after some time, through competency-based exams held in the Independent Administrative Reform & Civil Services Commission (IARCSC) he was appointed as the General Director of Finance and Administration in this ministry; he is currently working in this position.