Brief Biography of Fahim Hashimy, acting Minister to ministry of Communication and IT 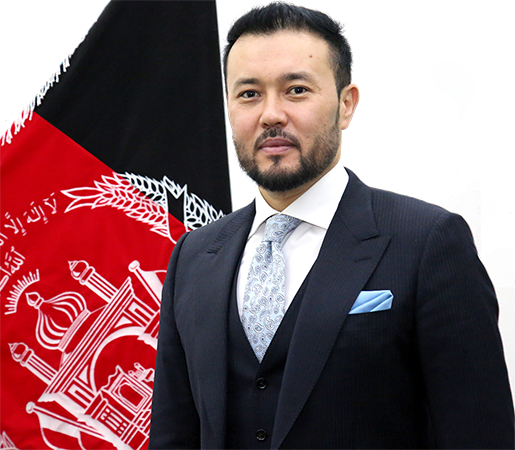 Mohammad Fahim Hashimy,acting minister of communication and IT was born on 27 September 1980, in Kabul, Afghanistan.

Mr. Hashimy discovered his entrepreneurial abilities, therefore, he started a small business and gradually expanded to one of the largest logistics, construction, and airline conglomerates in Afghanistan, the Hashimy Group.

In 2005, he began building one of the largest logistics companies in Afghanistan, focusing on providing critical services and material resources to the Afghan Government and International Forces based in Afghanistan. In the year 2010, Fahim Hashimy launched, a television broadcasting station by name of 1TV, which is the second largest TV Network in Afghanistan. The establishment of the centerpiece of GroupOne, a media production and the strategic communications group MCXI are his other initiatives.

This venture is part of the Hashimy Group, an Afghan conglomerate with interests in fuel logistics, manufacturing, airlines, trading, and construction.

While many Afghans and foreign investors have expressed Interest about investing in Afghanistan after 2014, Mr. Hashimy has already (In 2005) made it clear that at this crucial juncture in the nation’s history, it is more important to invest now than ever before.

In 2009 his interests in serving the country encouraged Mr. Hashimy to enter into the media industry, therefore, he created the GroupOne. One of the most important quotes from Hashimy is “To stay in Afghanistan and invest in Afghanistan not only for the sake of business, but also to serve the nation and boast the economics of the country.”

Subsequently, Fahim Hashimy launched 1TV Media which is part of GroupOne in 2010.

His all economic activities are focusing on the new generation of Afghanistan for example: 1TV media not only provides jobs for hundreds of youth, but it played an important role after toppled of Taliban regime in country. Meanwhile he tried to provide a tribune for people for change in country.

Fahim Hashimy is not only active in business but also plays active part in government. Mr. Fahim Hashimy own the election by 29 votes and served as the Chairman of National Olympic committee for four years from 2009 up to 2014. During his service at the Olympic Committee, he expanded the committee from national level to International level and made major improvements in women participation in sport.

Fahim Hashimy’s services and active participation helped him to be recognized as one of the influential persons in political, economic, and social community.

Based on Order No. 557 dated 4/3/1398 of the president of the Islamic Republic of Afghanistan Fahim Hashimy was appointed as acting and nominated minister for the ministry of Communications and Information Technology.

.Biography of former Minister of Communications and Information Technology Shahzad Aryobee. See it from here