The meeting was attended by the leadership of the Ministry of Education, a number of senior government officials with the aim of reviewing the task and structure of the country's education system.

At first, minister of Education Dr. Mohammad Mirwais Balkhi said: that the improvement and standardization of the education and training system of the Afghan Ministry of Education is an effective step towards the development of the country's education system. He said, initially, the Priority is given to three important missions.

Mohammed Fahim Hashimi minister of MCIT also spoke at the meeting on the occasion, adding: “We need to present the students to our community who have the capacity of adapting the future digital society in the country.

Minister Hashimi expressed that 1,000 schools will have access to the Internet in the near future.

At the meeting Mrs. Sima Samar Minister of State for Human Rights said: that the functional and structural reviewing of country’s education system is an important step and we fully support the ministry of education in this regard. 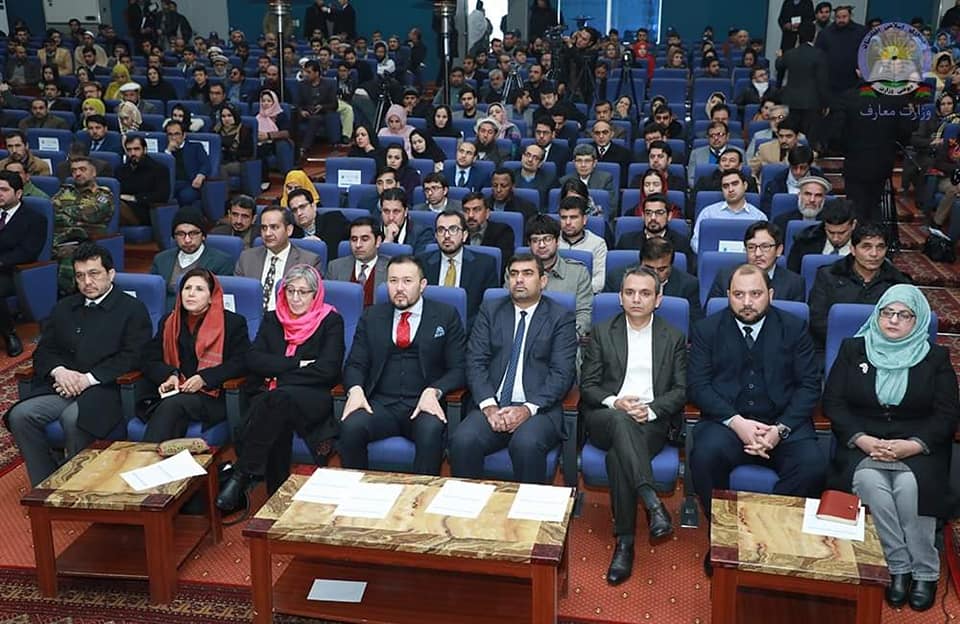